Follow in the footsteps of the prince who inspired the legend of Dracula at the Snagov Monastery. This tour from Bucharest will also take you to the beautiful Mogosoaia Palace. 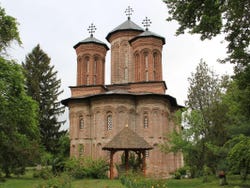 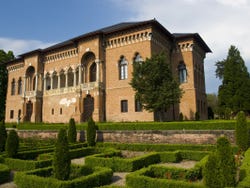 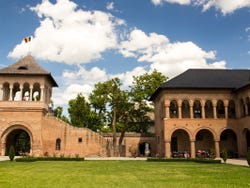 After being picked up from your hotel, you'll head to the stunning Mogosoaia Palace. Although less than ten miles from Bucharest city centre, you'll feel a whole world away. The palace is a beautiful example of 17th century Romanian Renaissance style known as Brancovenesc architecture, and is surrounded by spectacular gardens. Learn about its history as you enjoy the peaceful atmosphere.

Travelling further back in time, you'll next visit Snagov Monastery. You'll find this mysterious 14th century Romanian Orthodox monument located on an island in the middle of Snagov Lake. According to myth, the infamously cruel 15th century prince Vlad the Impaler, the inspiration for Bram Stoker's legendary novel Dracula, was buried here.

Following your guided tour of the mysterious Snagov, you'll set off back to your hotel in Bucharest.

Pick up from certain centrally located hotels and hostels.

You can book up until the previous day (11:59 pm) if there are still places available. Book now to guarantee your spot.

US$ 33.10
No hidden fees or surcharges
Free cancellation up to 3 days before
Book

I travelled with my partner
Show all the reviews
like

9.30 / 10 36 reviews
Delve into the mountain landscapes of Romania on this tour from Bucharest. Explore the mystical Bran, known as Dracula's Castle and the palatial Peles
US$ 67.40 US$ 44.60
Book
like