Immerse yourself in the Romanian capital's past with this Free Bucharest History Tour. You'll discover the most symbolic buildings during the country's history. 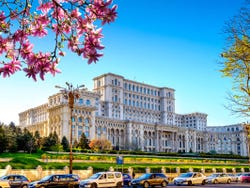 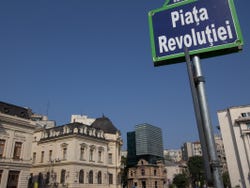 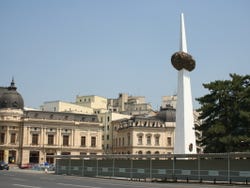 Learn about Romania's history, and how the two opposing regimes, Monarchy and Communism, left their mark on the city.

You'll have the opportunity to find out what was experienced during these years with the help of an English speaking guide, who will recount personal stories about life behind the Iron Curtain. You'll also see the impressive Belle Epoque sculptures in the Paris of the East.

We'll start our visit at the Romanian Athenaeum, then we'll head to the oldest avenue in the city, Calea Victoriei.

The guide will explain how the second half of the 20th century was affected by oppression and terror under one of the strictest communist regimes in Europe. We'll get to know more about the Romanian Revolution as we stand in the symbolic square where the most blood was shed in December 1989 and which culminated with the death of a dictator.

The tour will continue to the romantic Cismigiu Park, the oldest garden in the city, and then cross Bucharest’s main river, Dambovita. We'll end the tour at the Palace of the Parliament where you'll learn interesting details about the second-largest administrative building in the world and the importance for the Romanian people.

Free tours do not have a fixed price, rather each person offers the guide the amount they consider appropriate, depending on their level of satisfaction.

Tours or activities will not consist of more than 10 people per group.

All those running the service (guide, driver etc...) will wear a mask throughout its duration.

You can book up until 2 hours before the activity as long as there are still places. Book now to guarantee your spot.

Most areas are accessible. Accessible toilets.

If you are not able to attend the tour, please cancel your reservation, otherwise the guide will be waiting for you.

The Tour took place even through I was the only person that registered for it. I therefore got an excellent private tour, where all my questions were answered and I learned a lot about the history of Bucharest. The guide explained everything and helped me understand the culture of Bucharest.

I travelled by myself
Show all the reviews
like Free

9.60 / 10 1,274 reviews
Discover the beautiful old town and the most interesting places in the Romanian capital on this free walking tour of Bucharest!
Free!
Book
like

8.60 / 10 426 reviews
Delve into the mountain landscapes of Romania on this tour from Bucharest. Explore the mystical Bran, known as Dracula's Castle and the palatial Peles
US$ 69.60
Book
like

10 / 10 1 review
Discover the legendary history of Basarabov, Veliko Tarnavo and Arbanasi, three of northern Bulgaria's most picturesque places to visit.
US$ 95.60
Book