Delve deep into the beautiful mountain landscapes of Transylvania and Wallachia on this full-day trip from Bucharest. Explore the mystical Bran, known as Dracula's Castle and the Peles palace-castle. 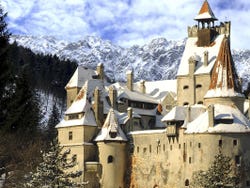 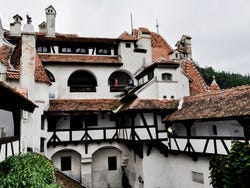 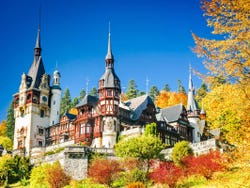 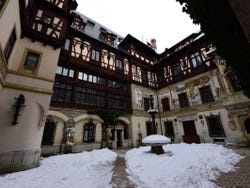 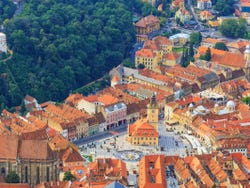 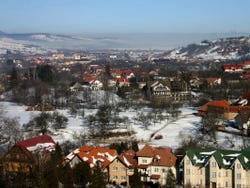 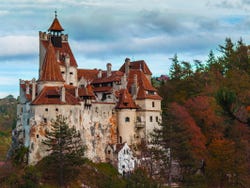 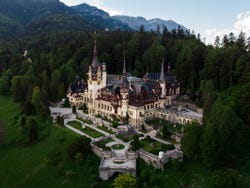 After being picked up from your hotel in Bucharest, you'll head north through the mythical forests of Transylvania.

Our first stop takes blace in the Bran Castle, where you'll learn the story of one of Romania's most famous characters, Vlad "The Impaler", a sinister character from the 15th century, which inspired the famous Bram Stoker novel, "Dracula". We'll remember the parts of the story that will help us to understand the development of the myth, as well as how this character became an icon of popular culture and a symbol of Romania.

With the tour of Bran complete, we'll stop nearby to relax with 60 minutes of free time to eat lunch. then we'll make our way to Sinaia, a mountainous region of Wallachia, where we'll visit the imposing Peles castle. Its palatial halls were used by the Romanian royal family as their summer residence, and we'll tour the wide halls, beautifully decorated according to taste at the end of the 19th Century, when King Carol I began its construction.

Pick Up Time and Schedule

The excursion includes pick up in the main hotels and hostels in Bucharest from 7:30 am. If your hotel is outside this area, we'll offer you an alternative meet point.

When making your reservation, if your hotel includes an exact pick-up time we'll pass to pick you up then. If not, we'll contact you before the tour to confirm your pick-up time.

Peles Castle is closed on Mondays. If you do your tour on a Monday, instead of visiting the inside, ee'll see Peles Castle from the outside and, as an added plus, we'll visit an exhibition on medieval torture instruments in Bran.

Tours or activities will not consist of more than 15 people per group.

The use of masks is obligatory. Masks will be given to those clients who do not have their own.

All those running the service (guide, driver etc...) will wear a mask throughout its duration.

Disinfected radio units will be provided, and headphones will be single-use.

The temperature of all attendees will be taken, and admission will be denied to those with a temperature of more than 37 degrees Celsius (99 Fahrenheit), and a full refund applied.

The transport used will be disinfected before and after each service and deep-cleaned every 24 hours.

The capacity of all means of transport will be reduced to 75% of their maximum capacity.

Pick up and drop off at hotel.

You can book up to the start time, as long as there are places remaining. Book now to guarantee your spot.

Not refundable. This activity does not permit modifications nor cancelations.

I travelled by myself
10

I travelled by myself
8

I travelled with my partner
Show all the reviews
like

10 / 10 1 review
Discover the legendary history of Basarabov, Veliko Tarnavo and Arbanasi, three of northern Bulgaria's most picturesque places to visit.
US$ 96.60
Book
like

10 / 10 1 review
Follow in the footsteps of the prince who inspired the legend of Dracula at the Snagov Monastery. This tour from Bucharest will also take you to the beautiful Mogosoaia Palace.
US$ 46.50
Book
like Free

9.60 / 10 1,265 reviews
Discover the beautiful old town and the most interesting places in the Romanian capital on this free walking tour of Bucharest!
Free!
Book